A Walk Through the Market 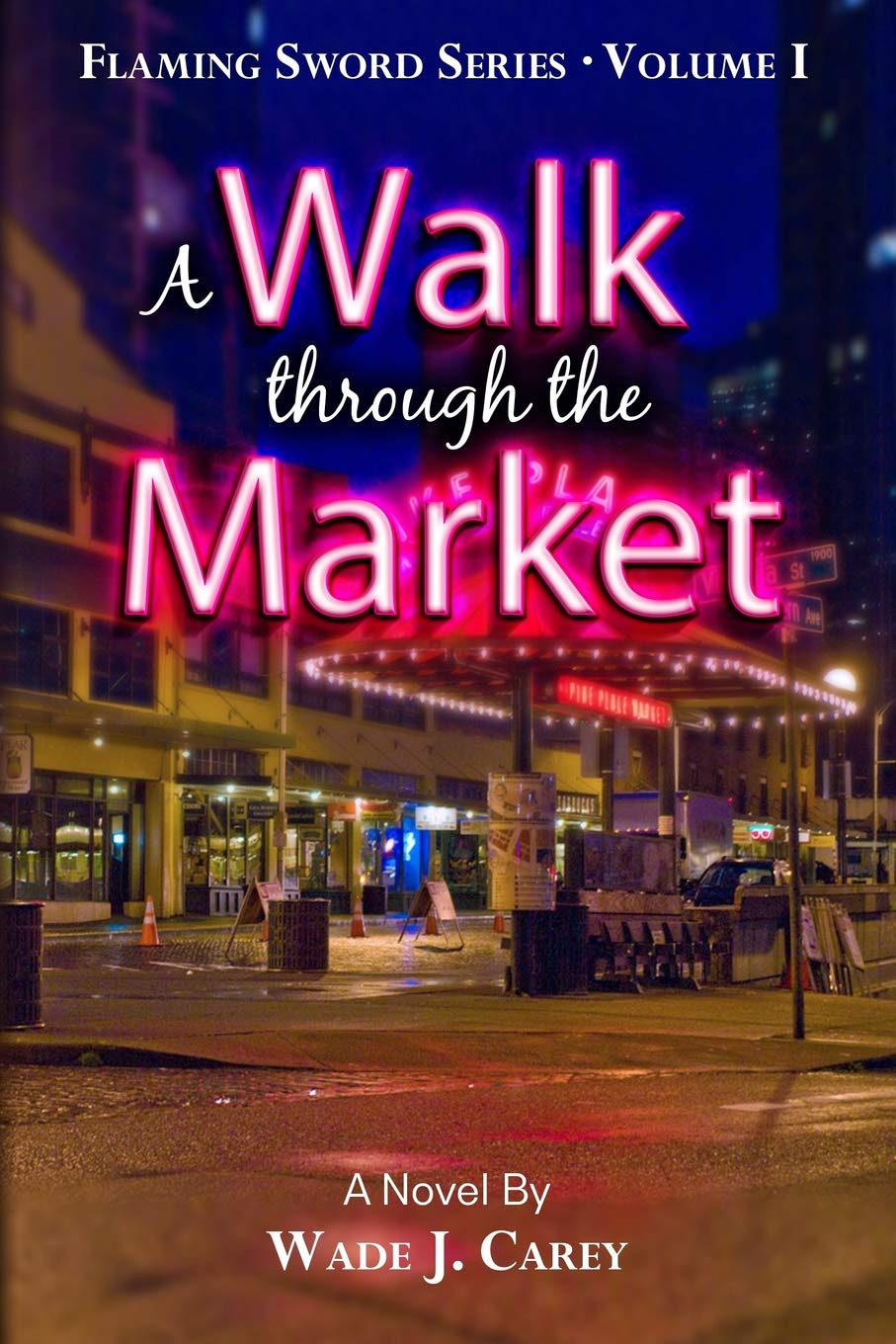 “A widower encounters an unorthodox angel named Mick in Pike Place Market in Seattle. They discuss life, death, and spiritual warfare as they wander through the ancient emporium.”

What would you say if someone claiming to be an angel sent on an assignment showed up one morning, sporting a ponytail and a Krispy Kreme T-shirt and calling you “dude”? Would you recognize him as a messenger of God and let him spend the day preparing you for a special mission? Wyatt, a recent widower still grieving for his wife and estranged son, encounters Mick, a coffee-loving angel in Seattle’s Pike Place Market, and soon, their talk reminds us of long conversations we’ve had with good friends. Fueled by countless cups of coffee, lots of comfort food and their passion for God’s Word, Wyatt and Mick meander through the market, talking about everything From vampires to celebrity worship to whether pets go to heaven. During their lively discourse, Mick helps prepare Wyatt for a specific mission commanded by God. But a demon named Damon, in the form of a man, has other plans for him. Enjoy a cup of coffee with Wyatt and Mick, and then walk with them past Seattle’s famous “flying fish” and along the waterfront as Wyatt learns about good and evil, gets glimpses of what heaven is really like, and takes in the biblical lessons from a version of “The Three Little Pigs” unlike any you’ve ever heard. You’ll see that demons and angels don’t always look, talk, or behave in the way you might expect, and that even “regular dudes” can have a special calling.

As if hearing a subtle beckoning from an irresistible siren’s song, Mick and Wyatt turned right on Western Avenue, heading back towards the north end of the market. The instinctive allure to return to the main body of the shopping bazaar was both invisible and enchanting. However, after passing by Cutters once again, they temporarily abandoned the market’s invitation, detouring into Victor Steinbrueck Park to pay homage to that very unique and eclectic downtown space.

As usual, the park contained numerous people of various shapes, sizes, and economic standing. Directly in front of them was a paved pentagonal area, where several small clusters of people were chilling out. One bohemian-looking young man with a scraggly beard was playing a folksy sounding song on his acoustic guitar. Another group was sitting in a circle reading something together—probably poetry, Wyatt thought. Within view was a large grassy area where several people relaxed on blankets, enjoying Seattle’s beautiful downtown atmosphere. Mick and Wyatt began to move in that direction.

As they continued along the grassy area, the angel and his student spotted people tossing Frisbees, playing with their dogs, and otherwise enjoying the day. They walked mostly in silence until Mick asked, “How does that spot over there, look?”

“I really enjoyed this book and at first, I thought I wouldn’t because it is a religious one. However, the religion is not shoved down your throat. In fact, you really don’t notice it at all. It almost felt like a paranormal book even though it wasn’t. It didn’t take me very long to read and that all and despite the subject, it was very enjoyable. I highly recommend that even if you don’t like religious type books that you give this one a shot because of how unique it is. It kept me entertained and intrigued through all of the pages and like I said, you wouldn’t even realize it was a religious story. This is the first book in a series, and believe it or not I’m actually debating picking up the second book because of how much I enjoyed this one. I really do recommend it to anyone willing to give it a shot. I promise you one thing, you will not be disappointed.”

” This was a really entertaining book. I really liked how the author used fictional characters to set the story, but used scripture to validate Wyatt and Mick’s conversation. The fact that the everything took place at an iconic location like Pike Place Market was really cool in that if you’ve been to the Market, you can really relate to every place they visited. I’ve been a Christian all my life, but have recently renewed my faith and some of the points that Mick makes hit home with me as I take my own walk to live my life eternally through the Lord. Wade Carey has really done an excellent job in making this book fun as well as educational. I plan on reading the rest of the Flaming Sword Series as well as other books he’s published.”

“Wonderful, inspiring, thoroughly enjoyed this book. Already started book 2. Love this series. Wade Carey is insightful and all the Bible verses made me want to read them over and over.”