A Walk Through the Mall 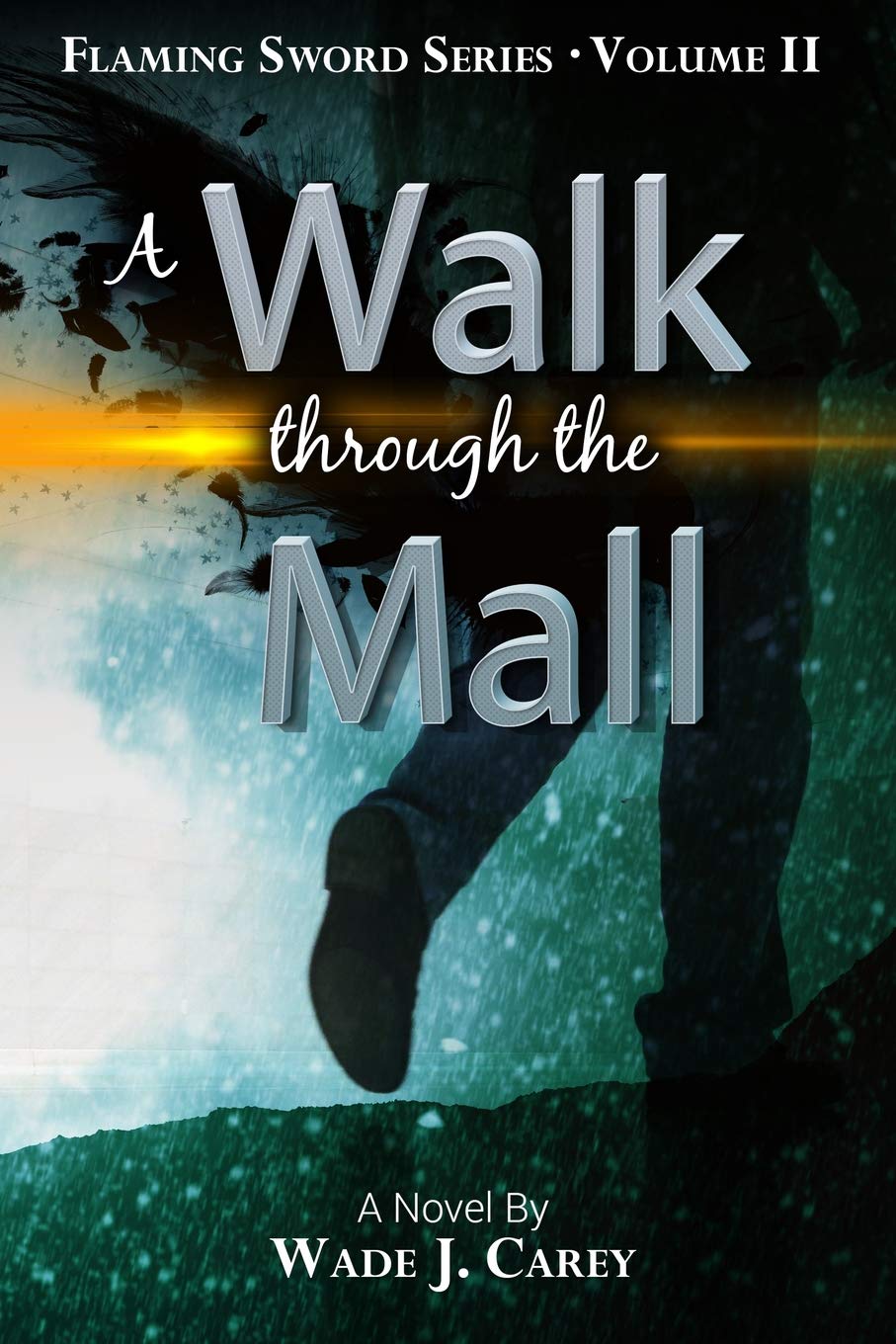 “Mick the angel assembles a team of misfits for a meeting at the Mall of America as the mystery of two families with a long history begins to be revealed. Unexpected twists and turns abound.”

Listen to an Excerpt!

Four months after his first adventure in A Walk Through The Market, Mick, the pony-tailed angel is now on a quest, taking him all over the country to prepare a new team for battles against Satan and his army of darkness. As the group bonds together, many previously unrevealed secrets are brought to light with shocking clarity. Once again, Mick’s friend, Wyatt, is at the center of the activities as the revelations demonstrate how the Hunter family has been embroiled in battles with demons for many generations. Good coffee and comfort food fuel Wyatt and the rest of the group as they experience Mick’s “angel boot camp” at the wonderful Mall of America in the chill of the Minnesota winter. However, this series of meetings merely sets the stage for a crusade, which carries the new soldiers right into the lion’s den of evil. In A Walk Through The Mall, Wade Carey has woven together a unique novel that brings to life the battle between good and evil which, as you know, began way back in Genesis. Have you ever wondered what speaking to an angel would be like? Could you defend yourself against a demon? Do you know what the Bible has to say about angels and demons? If learning lessons from God’s Holy Word while enjoying a gripping story appeals to you, then grab this book. You’ll learn many scriptural insights, while traveling through a breathtaking journey of unexpected twists and turns.

A steady, consistent snowfall continued its earnest endeavor to spread a billowy, cotton-white blanket across the waterfront on Alaskan Way. As the cavalcade of flurries raced downward from relentless gray skies, Wyatt looked upward, treasuring the winter storm’s magnificence.

Due to the fact that it was a veritable winter wonderland from horizon to horizon, the short walk from his condo to the hill climb took an unusually long time that morning. Wyatt felt very much like a child as he lollygagged through the snow.

The normally bustling waterfront sounded muffled due to the dense air and seemingly infinite wave of snowflakes. The crunching sounds of Wyatt’s boots sounded loudly in his ears as he trudged though the occasional accumulation of snow, making his way towards Pike Place Market. When he finally reached the bottom of the hill climb, Wyatt once again gazed up at the overcast skies, observing God’s beauty falling downwards, flake by flake.

“Great book by Wade Carey. While it is the second book in the series I didn’t even realize that until I had finished the book. Easy to read with lots of meaning. It tells the story of the very present spiritual battle happening each day. While I think the story line is fiction it gives so much scripture and insight into God’s plans for Christians. It is well thought out and well written. The author writes in very layman’s terms using common everyday language which helps to draw the read in. Mick is the “hippie” angel that is preparing God’s army for war against Satan. He manages to bring a teen, a widow who lost her son and a newly-sober new Christian together to be a great story. It depicts Heaven in ways that most people would not normally think. When I think of Heaven I wouldn’t normally think of a coffee shop but I can totally see there being one. This is a great book for new and old Christians alike.”

“Just finished this book which is the second in a series of Christian novels by this author. I enjoyed the first book (A Walk Through the Market), and this installment in the series picks up right where the first left off. In fact, I think this book surpasses the first one in terms of content and story line. It’s a compelling story wrapped in simple Biblical truths. Once I picked it up, I couldn’t put it down.”