A Walk Through Heaven & Hell 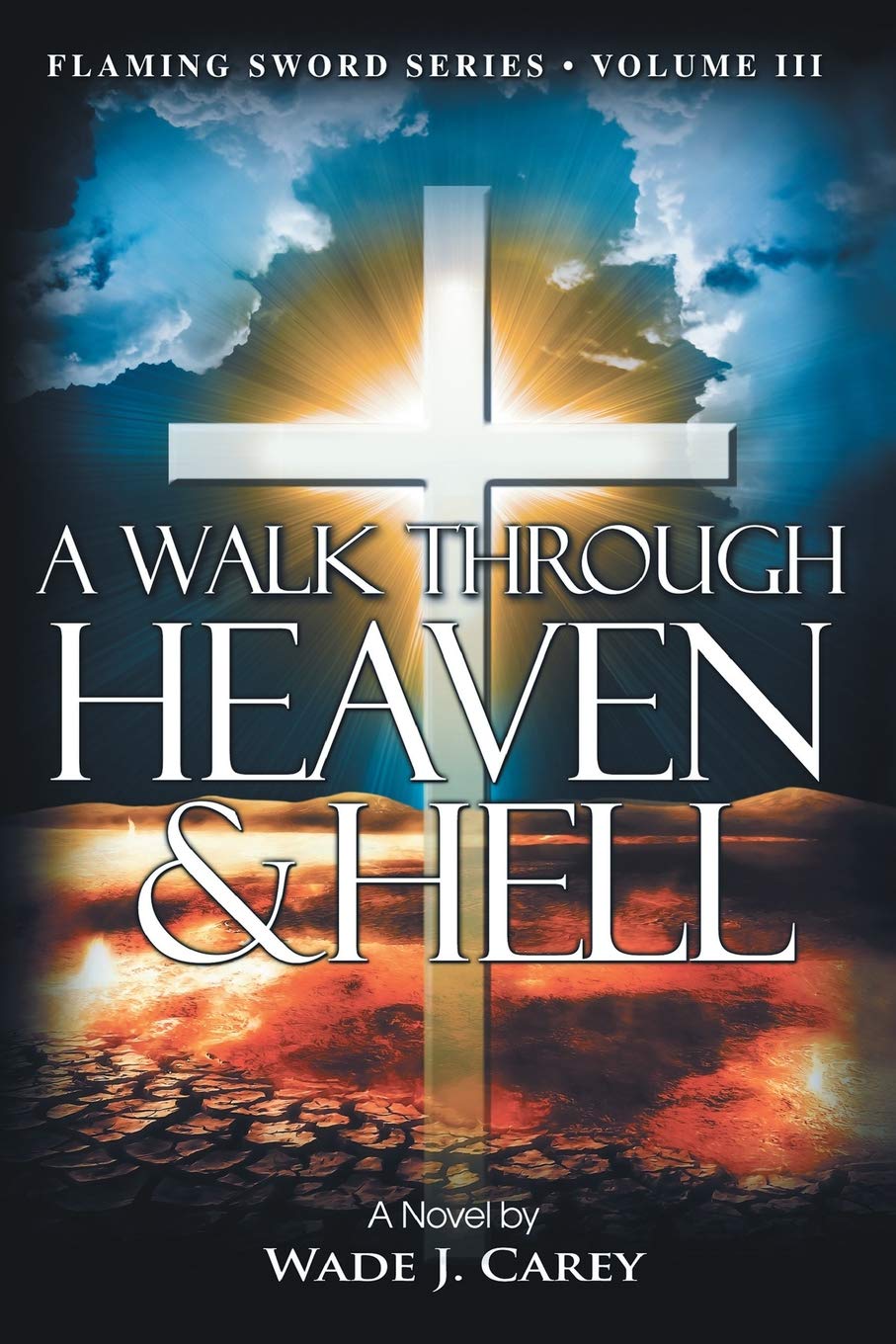 “The culmination of deep family secrets are unfurled as angels and demons battle for the souls of myriad characters. An incredible description of heaven and hell are featured.”

When Abbie Hunter’s husband, Earl, left her in 1967—taking Caleb, the elder of their identical twin boys—she was devastated. At that point, she had no idea how she was going to survive without her other son or husband. The answer soon arrived in the form of the angel Mick, who instructed Abbie to keep one thing in mind: raise Wyatt, her remaining son, as a Christian and teach him to love the Lord, regardless of the circumstances. From Mick, she discovered that Earl had been deceived by demonic forces, and now Caleb was following a destructive life path.Now in 2010, Abbie and Earl follow their sons’ progress from heaven. In his mid-forties, Wyatt is a Christian author who lost his wife, Vanessa, to a demonic attack a few years ago. Caleb, meanwhile, has risen to be the leader of an earthly group of Satan’s army, and takes his orders from demons. The twins’ lives are on an apparent collision course—one headed for heaven, and the other for hell.The third book in the Flaming Sword Series, this spiritual warfare novel contains more than one hundred passages of Scripture. A Walk through Heaven & Hell combines the power of God’s Holy Word with a riveting narrative of good versus evil.

After slumping to the kitchen floor, searing pain enveloped Juan’s entire body as he languished in an oozing puddle of his own blood. Although he could faintly hear the voices of his friends in the room, they seemed to be slowly floating away. As Juan lay with his left check on the cold, tiled floor, the warmth of his blood quietly slithering outwards looked very much like a swath of dark red paint being brushed onto an evil painter’s canvas.

The ripple effect of the unexpected dagger plunging into his back only moments ago immediately touched off a tsunami of terror
throughout his soul. Due to the severity and depth of his injury, Juan knew the after-effects of this attack was undoubtedly a once in a lifetime event. The magnitude of the serrated steel tearing into his temporal flesh left no doubt in his mind—this was his last day on Earth. Although part of him felt totally helpless, Juan also felt unexpectedly serene.

Moving quickly through his peripheral vision, piercing beams of brilliant light began to descend upon Juan, gradually encircling him in
a caring way, as if preparing him for a long-awaited journey. The gentle light felt warm, calming, and inviting. Although he felt a pronounced sense that his body was very close to physical death, Juan also felt a simultaneous and increasing peace.

“So I received a call from a buddy of mine, and he said…. “I know you don’t read fiction, but you must read this book, A Walk Through Heaven & Hell”. Ordered the book from Amazon and what a cool cover it has. Didn’t start the read for a week or two, but when I did, I wanted to finish it. This author has interwoven fiction and facts, that feels like everyday life. All throughout this novel, the story line and creativeness of the authors writing made me feel as if I were walking beside the characters. I have never “marked up” a fiction novel, nor have I read fiction for over 25 years. My book has fourteen folded pages (noteworthy references for later) and several hundred highlighted passages. Whether you are a believer or not, you should not miss this one and you will probably be on the edge of your seat while reading. This is one of those books that is destine for the movies! Thanks Mr. Carey.”

“This will have you trembling with fear and jumping for joy within seconds of each other. The most detailed description of heaven and hell I have ever read. We all wonder what is after this life. Wade has created a visual for the only two options we have. Packed with scripture and filled with thought provoking moments. Must read!”

“I’ve read all three of Mr. Carey’s books and I have to say that this is probably the best one yet. What started as a simple story about an angel named Mick has developed into a fascinating series about the reality of spiritual warfare in modern day society. I really like the way he blends scripture into the story and uses it to make important points about spiritual living. His writing style has evolved over the three book series, and I can honestly say that I hope he has plans for further novels. I can’t wait to find out what happens next to Mick and his angelic cohorts. Highly recommended!!!”